This bug was a bit interesting. VirtualAlloc() is used to allocate memory and returns a pointer to an allocation. However, we can trigger a int32 overflow to request a large allocation size, causing VirtualAlloc() to fail and return NULL. Additionally, an int32 offset defined in the STA file gets added to our VirtualAlloc() address, which is where the contents of the file are written too. As we can control both values, we can reference any 32 bit address reliably and write data to. The 32bit program did not have ASLR enabled which made exploitation trivial.

On line 9, user controlled data can force a size allocation to wrap, resulting in a large value.

On line 10, the large value is passed to VirtualAlloc()‘s size parameter, resulting in the call to fail, returning a value of 0.

In the disclosed proof of concept, opening the .tpe file will cause the crafted .sta file to load automatically, which in turn exploits the finding to launch Windows Calculator. The exploit works by leveraging the finding to overwrite a function pointer used for bitmap painting. The pointer is updated to point to a address which will contain the shellcode loaded from the .tpe file. When the .tpe file is rendered, the updated function pointer is called, which results in the shellcode to be executed.

Following is the disassembly of the TPEdt110.exe binary, in which the finding exists: 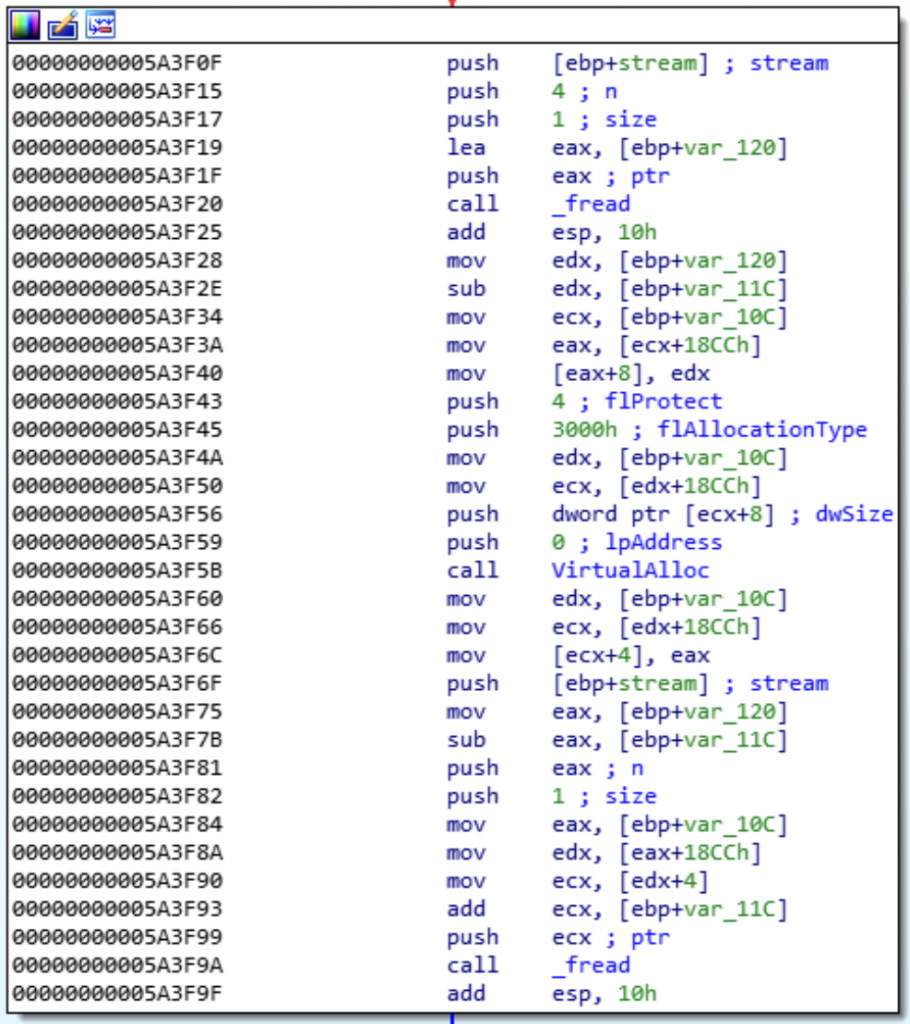